Physical Development For All Levels Of Golfer 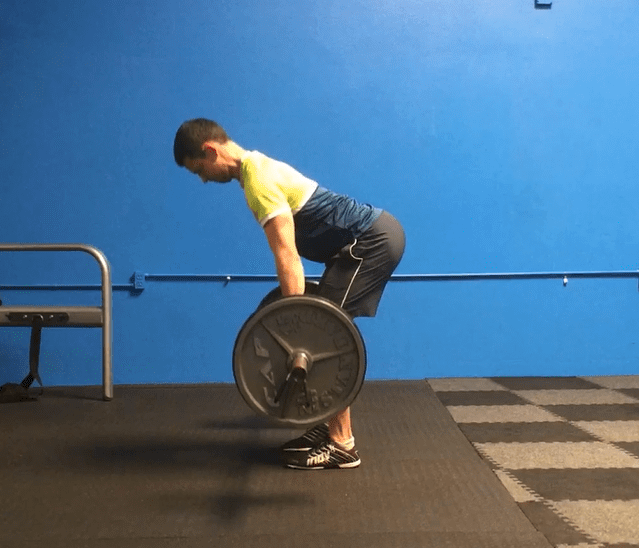 To assess the effect on golf driving performance the following variables were measured:

The subjects used their own drivers, and were measured indoors with a Trackman. 10 drivers were recorded, with 30 seconds break between each drive. I think they used the average of the 10 drives, but this is not stated.

A wide range of physical fitness tests that measured, power, strength, and flexibility were also carried out.This review will concentrate on the physical training program carried out, and the effects it had on golf driving performance as measured by the four variables bulleted above, rather than looking at how the physical tests improved.

Aim: Improve basic total body conditioning and get the body used to training. 40-60% of 1 rep max (1RM) in each exercise was used for 3 sets of 12-15 reps per exercise.

Aim: Improve total body maximal strength levels. 75-90% of 1rm was used for 5-6 sets of 3-5 reps. (Note: Most casual gym goers / exercisers never train with weights this heavy relative to their strength level. This would be quite common for athletes in other power sports though, such as jumping, throwing, sprinting, and field sports, where strength and conditioning has been around for much longer)

Power: 60-70% of 1RM was used for 3 sets of 6-8 reps. A very important note is that these exercises were done with an explosive tempo. Many people do not get full benefit from power training because they do not try to move as explosively as possible. Maximum intent is essential.

Aim: To Maintain enhancements made in flexibility, strength, power, and muscular endurance in the previous weeks. The program was split up as follows:

During competitive weeks this was cut down, but the exact specifics of how this were done are not provided.

Pre & Post Training Results Table. The red bar identifies the Training Group (TG). CG is the control group who did not take part in the training.

The results of this study were quite impressive, but not very surprising to me. The training program was quite well put together (I would make some changes, and set up my training programs a little bit differently). Males of 17-22 are notoriously responsive to strength and power training, and we can see the TG in this study had some excellent improvement in their performance metrics. There was also very big improvements in their physical testing which I opted not to dive into in this piece as I wanted to keep it short and focus on the improvements in the driving performance measures.

This training program was quite demanding. 3-4 sessions a week, with each taking about an hour based on the session outline is something that many people may not have the discipline to commit to. Very good improvements are still possible with less taxing progams however.

Since regulations were brought into the amount of coefficient of restitution or “rebound effect” that golf drivers can produce, improvements in equipment can only work within a certain scope. This has lead to many more professionals and amateurs trying to improve their physical conditioning to further promote increases in function of swing technique, power, and ultimately club head speed.  This has been accepted and adopted by world class athletes in other sports for a very long time.

In summary, a well put together physical training program, focusing on the abilities that are necessary to produce efficient and powerful golf swings tend to have positive results. In my experience (and reading of the research) this holds true from amateur to professional, and young to old.

If you are not currently following a golf specific strength and conditioning program it is highly likely you are leaving distance, and a lower handicap on the table. There are also many studies that show strength training reduces injury risk.

For a limited time you can avail of 20% off by entering FFG20 in the coupon bar at checkout.

Thanks for reading, if you have questions or queries please get in touch. E-mail fitforgolf18@gmail.com